Advertisers supplementing their linear TV ad campaigns with smart TV video ads not only get the benefit of reaching viewers no longer engaged with traditional TV programming… they get better results as well.

In a recent campaign VIZIO Ads conducted with a leading insurance brand, we found that smart TV video ads contributed more than just incremental views. They also had the best conversion rates in terms of driving customers to the advertiser’s website to take an action. And customer conversion, after all, is the goal.

The insurance carrier distributed an ad through VIZIO’s owned and operated FAST service WatchFree+, as well as the AVOD ad inventory VIZIO Ads has with our programming partners. We then measured the impressions and conversion rates for both the smart TV ads and the same ad placed on linear programming viewed on VIZIO TVs. Our Inscape technology can measure both through its glass-level insights capability.

Taken together, 62% of active VIZIO TVs were exposed to the campaign. And while there was some natural overlap exposing both linear and smart TV video ads to VIZIO TVs, 63% of the TVs reached by smart TV ads alone never saw an ad through the linear campaign. 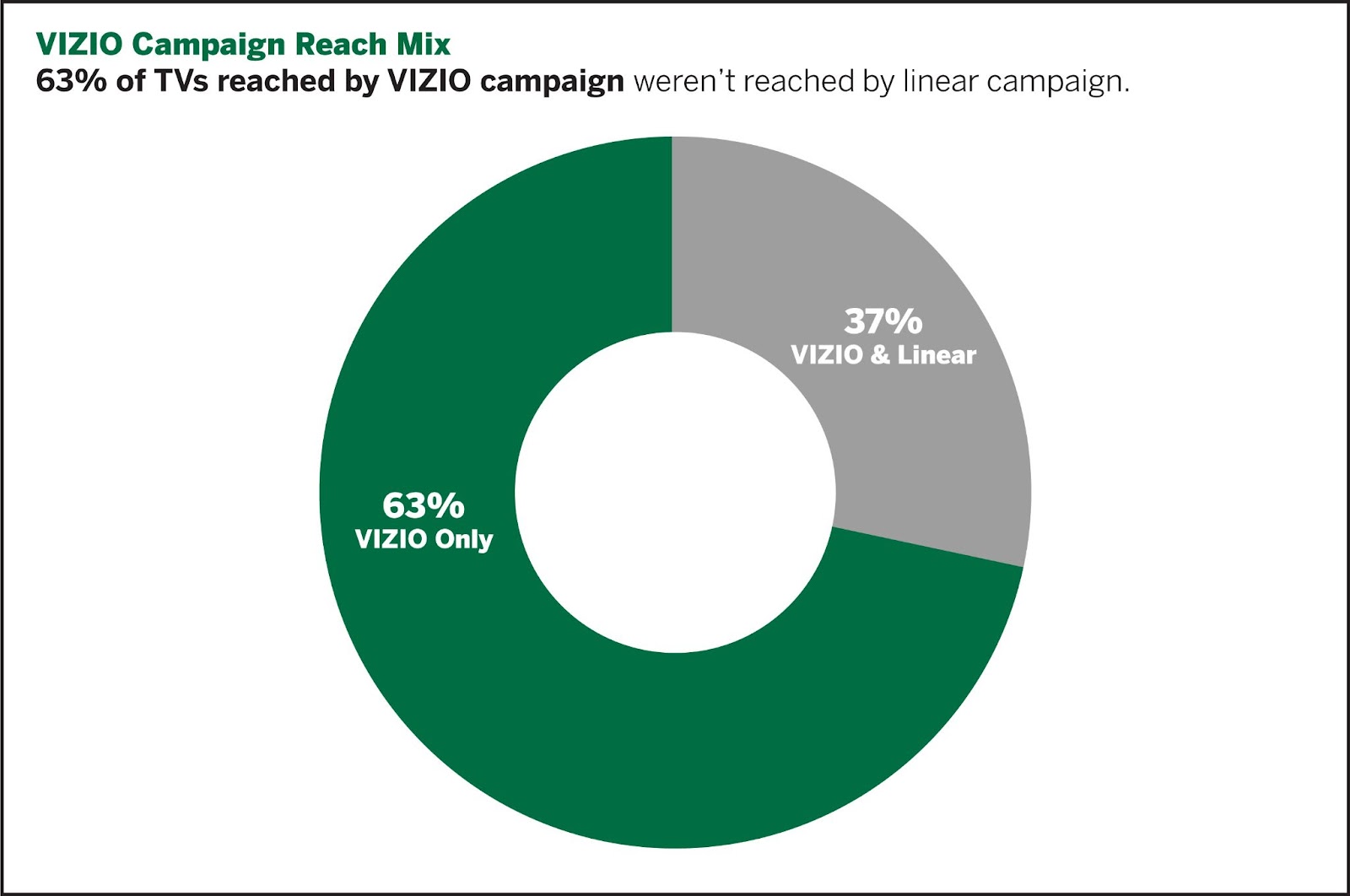 But remember, exposure was just the path, not the goal. Converting viewers to take action and request a quote from the insurance brand’s site was the ultimate test.

By that measure, we found the combined linear/smart TV campaign drove 6.5x more conversions among households exposed to the ad than those not exposed. In other words, the number of people requesting insurance quotes after watching the ad was 6.5 more than those who visited the brand’s site without seeing the ad.

Taken together, the smart TV ads drove a 550% lift in conversion rates.

Among the other conversion stats worth noting:

If you’d like to learn more about this case study, or would like to explore how a VIZIO Ads campaign could benefit you, use the "Get In Touch" button below to request more information and a representative will reach out to assist you.