When it comes to advertising on television, most people think of traditional commercials aired during programming breaks.

But TV has changed. The majority of smart TV owners begin their viewing experience inside a streaming content hub. In VIZIO’s case, that’s the SmartCast home screen, and that property has become valuable for advertisers looking to augment their traditional linear promotional campaigns.

For instance, a major broadcast network turned to VIZIO Ads to promote the season premiere of a primetime drama. It promoted the show on the VIZIO SmartCast home screen through a combination of rotational featured units and a complete home screen takeover.

Our Inscape viewer data revealed that 46% of active VIZIO viewers were exposed to the promotions during the campaign in all formats. But only 2% of viewers were reached solely through traditional linear ads. 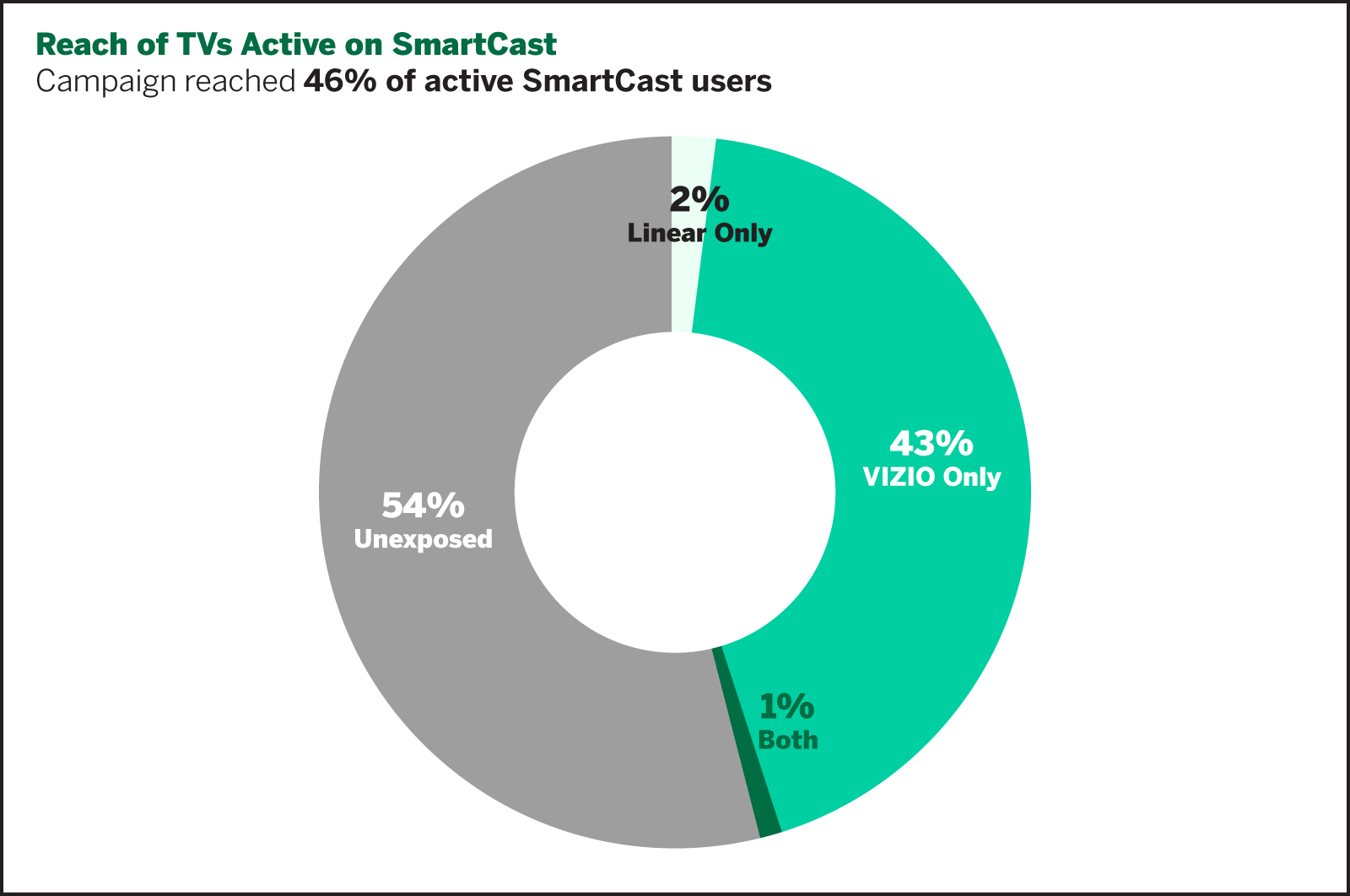 The VIZIO home screen ads drove an overall tune-in lift of 55% not just for the premiere but upheld viewership levels through subsequent episodes (up to and including support of episode 5).

And of the two rotational placements, the placement in the “Discover” swimlane (located just under the main Hero banner on the home page) consistently drove the highest lift, including 80% lift for episode 1 viewers

As you can see, being on TV doesn’t necessarily mean being “on” TV. The smart TV interface offers advertisers exciting new possibilities not possible in the traditional TV environment.

Click here to download the full case study. If you'd like to explore how a VIZIO Ads campaign could benefit you, use the button below to request more information and a representative will reach out to assist you.